When you have four brothers, I’m sure it can be difficult to decide on something unanimously.  However, there was one thing the Thrash Brothers were able to decide on, giving their mom a portrait was a good idea.  The guys came to the studio for a quick portrait and took home a 24″ framed portrait as a surprise gift for their mom.  Just like all guys, they wanted to look cool and not have to touch each other too much, so we gave them instructions to pose like you’re in a rock band.  They nailed it.  Congrats, guys.  I’m sure she flipped when she saw it. 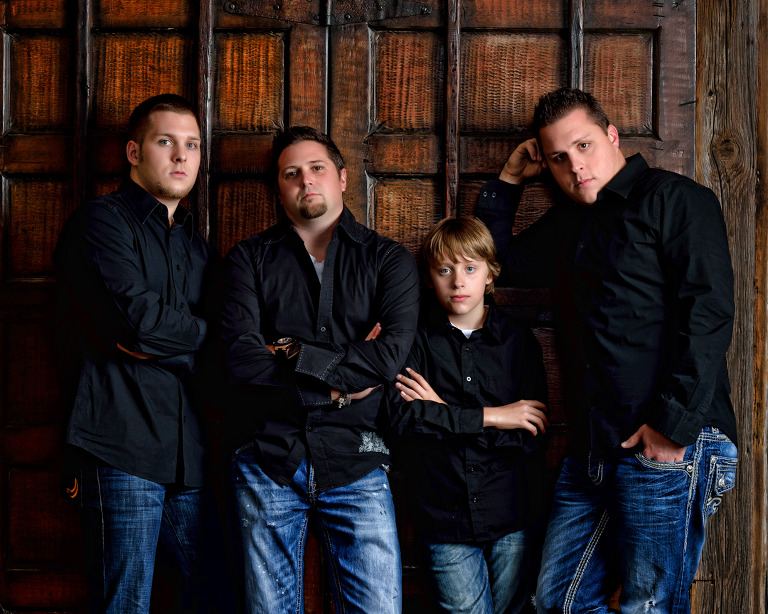