Groom Wears Scottish Kilt at His Wedding in Texas

If you’re from Scotland and you want to look formal, you wear a Kilt, especially at your wedding.  Graeme is from Scotland.  He is Scottish.  He doesn’t have a fake Scottish accent.  He does believe in the old Saturday Night Live skit where the famous quote was born, “If it’s not Scottish its CRAP!”  But he did meet a beautiful American girl named Rachel while she studied abroad, and he married her, in what else.. a KILT! 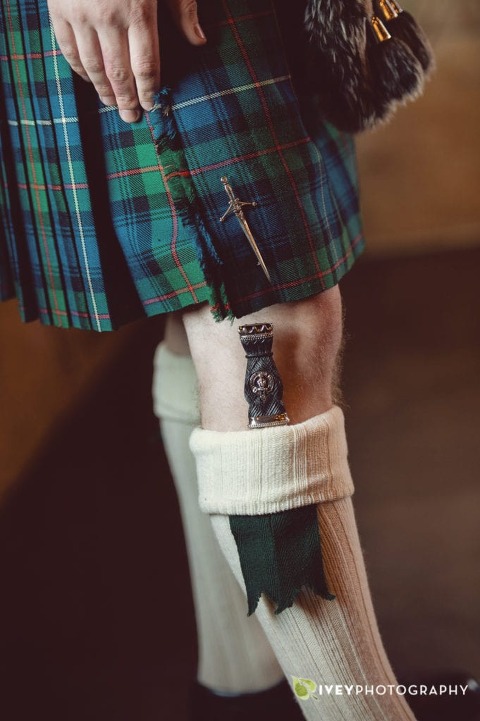 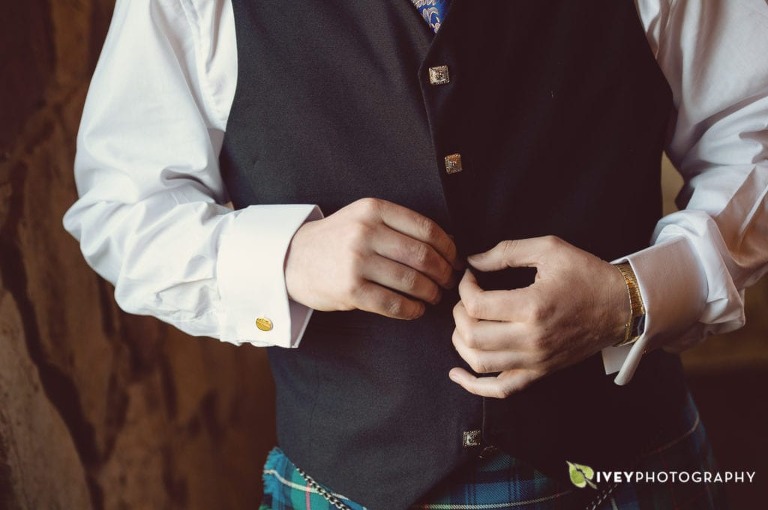 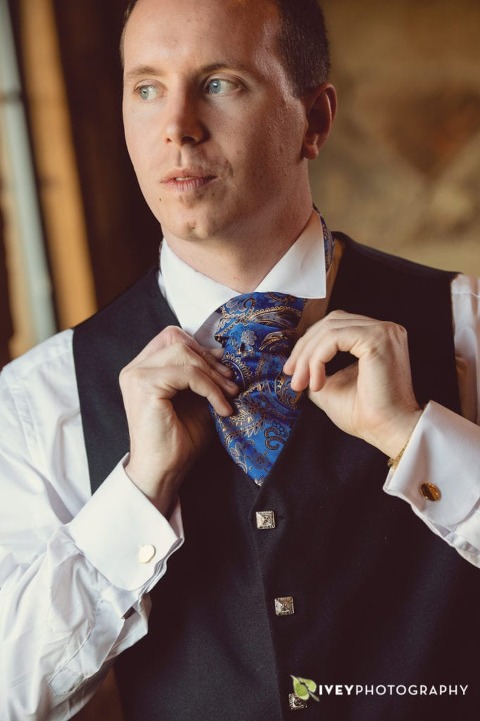 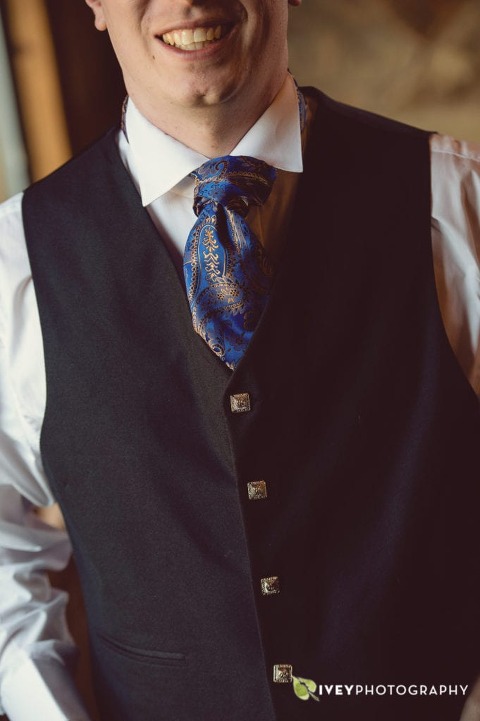 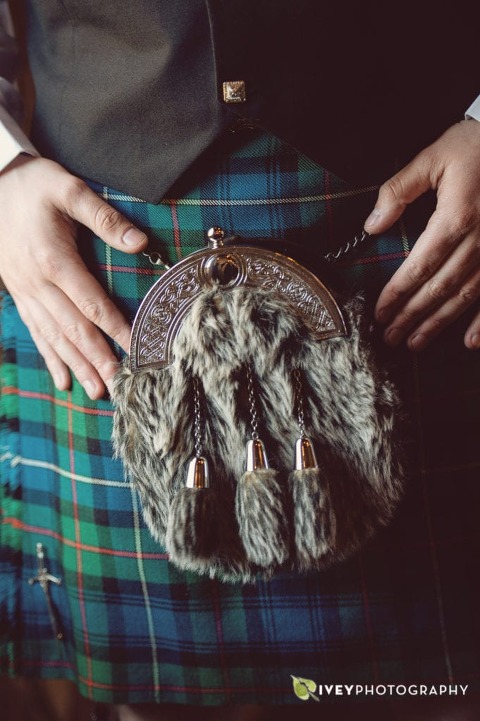 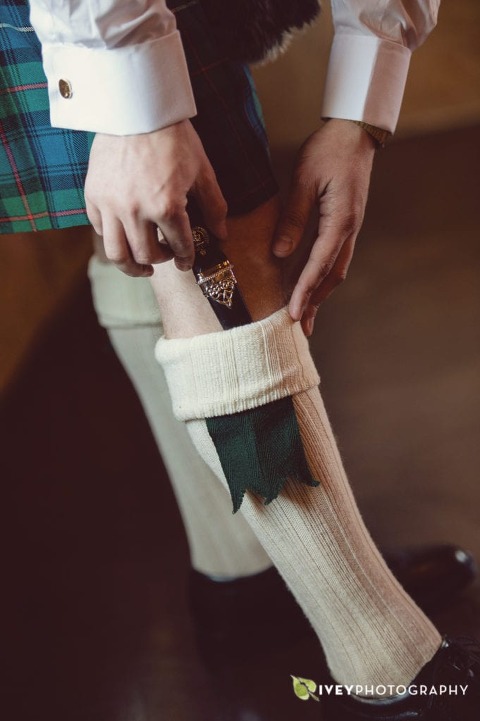 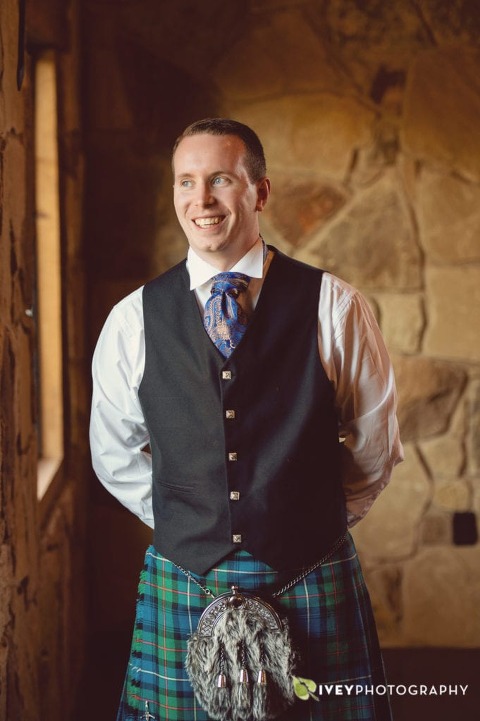 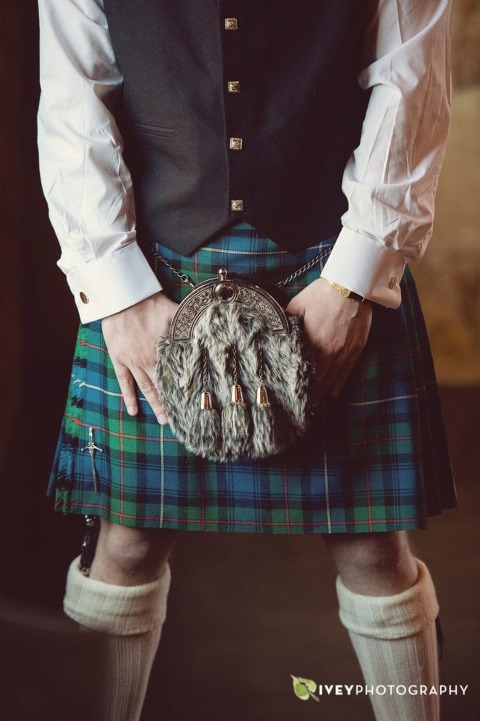 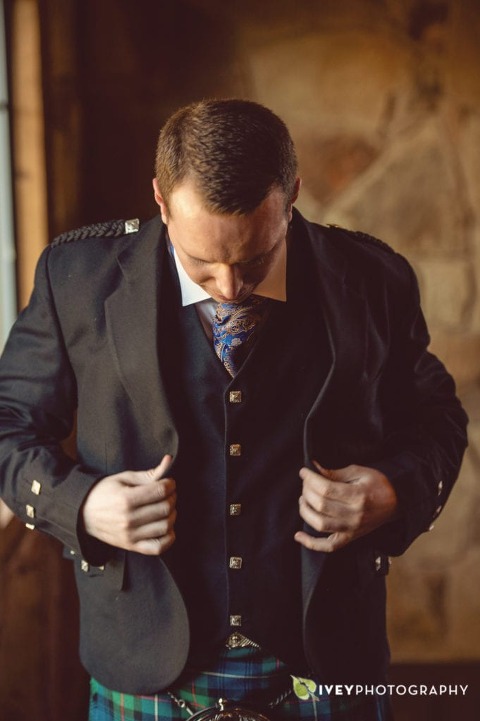 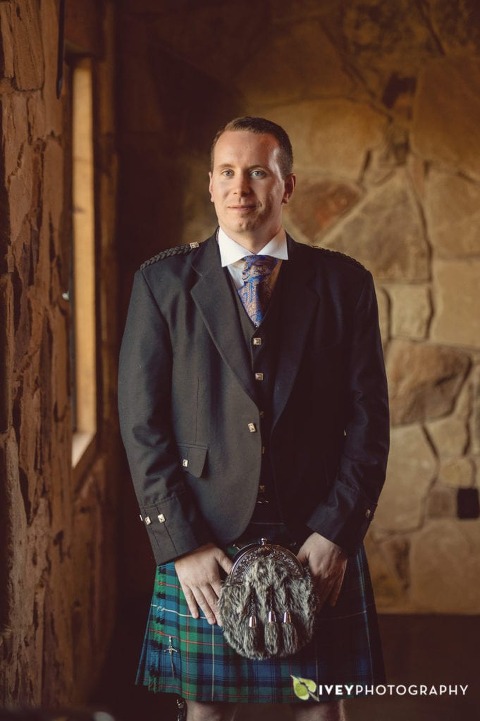 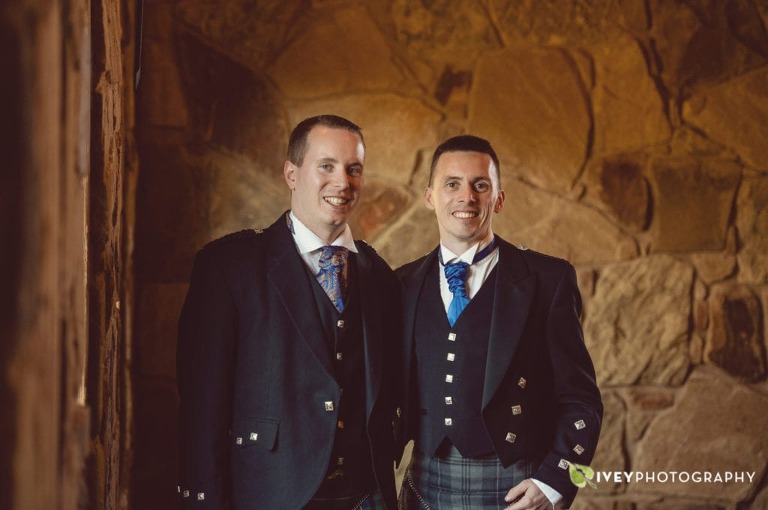 By the way, if you’re under 35 you may not know the famous Mike Meyers skit “All Things Scottish”.  Take a look.

Scottish kilts originate back to the 16th century. They were traditionally worn as full-length garments by Gaelic-speaking male Highlanders of northern Scotland. They were referred to as a léine, Gaelic for “shirt”.  The garments were draped over the shoulder or pulled over the head as cloaks.

Thanks to kiltrentals.com for the information about wearing a Kilt at a wedding.

The Wedding Kilt: The Tuxedo of Kilt Outfits

Graeme decided for The Prince Charlie variety of formal wedding Kilt wear.  The Prince Charlie jacket is characterized by a set of three buttons on either side of the jacket and hangs low at the back, almost like a tailcoat. The traditional choice of color is black. Other shades may sometimes be worn as well.

His set up also included the traditional matching 3 button vest.  His vest was the same color as his jacket.  Typical of most wedding Kilt suits for formal occasions, he included a plain wing collar white shirt. To finish off the look, he went with a long tie to match his Tartan.

It’s also important to note that you would not typically wear a belt and belt buckle with a Prince Charlie outfit. Because of the way the outfit is worn, they’d be covered by garments anyway.

A Prince Charlie wedding kilt outfit should also boast a prominent choice of the sporran. The sporran is a traditional part of a male Scottish Highland dress.  It is a pouch that performs the same function as pockets on the pocketless kilt.  Some say it can be converted into a drinking flask.  Made of leather or fur, the ornamentation of the sporran is chosen to complement the formality of the dress worn with it.  As this is the most visible accessory you will wear, you’ll want a full dress sporran to really elevate the outfit. A full dress sporran will typically have a metal top called a cantle, with a fur body.

The sgian-dubh is a small, single-edged knife.  It is worn as part of the traditional Scottish Highland dress along with the kilt.  As Graeme explained, he may have to fend off evil-doers at the reception and he didn’t want to take any chances.  Of course, he was kidding, and there was no need for him to display his blade, other than for the pre-wedding photography.

It is not an urban legend, and despite Graeme probably not wanting hundreds of strangers knowing this fact, he was not wearing underwear!  Traditionally, men would not wear any underwear while wearing a kilt.  Many, including our groom and his best man, still don’t. According to your-kilt.com, the no underwear traditions started with the Scottish Highland Regiments and found it’s way into the civilian population. Many say that a “true” Scotsman will never wear underwear under their kilt.

Rachel and Graeme were married in November of 2019 at The Springs Event Venue’s Denton location in The Lodge.  It is a beautiful mountain lodge tailored for up to 225 guests.